The meeting point is the river station of the city of Kherson in Russian-occupied southern Ukraine. Groups of civilians take the path to exile here, in shuttles chartered for the occasion. Fifty kilos of luggage per person is authorized and a label with his name is mandatory. Crossing the Dnieper, the road is no longer an option. The Antonovsky Bridge, in particular, has been targeted by Ukrainian artillery. Ferries disembark at Oleshki in the east and Hola Pristan in the south. Temporary accommodation centers should accommodate evacuees.

Before boarding, residents are invited to register by phone and must carry the necessary items (phone, identification documents, clothing, food…). Electricity, water and gas should be cut off in abandoned flats. Some of them have received text messages asking them to evacuate “immediately”Due to the upcoming Ukrainian strikes, Russian agency TASS reports. Occupation officials confirmed on Wednesday October 19 that they had evacuated 15,000 people with a goal of 50 to 60,000 a week. Before the war the city alone had 280,000 souls, but the number of inhabitants today is unknown.

For two days, Russian media have been broadcasting images of people lining up in front of the ship. At the same time, civilians are now prohibited from crossing the right bank of the Dnieper unless they present a permit issued by the military. The regional civil administration is also planned to be shifted to the Left Bank, occupation officials said, but municipal services will remain in the city.

According to occupation officials, evacuees have the option of staying in the region or joining annexed Crimea or the Russian regions of Rostov, Krasnodar and Stavropol. Buses run several times a day. Russian Deputy Prime Minister Marat Kuznulin released a plan “House Certificates” Have the right to state aid to buy a new apartment. A simple announcement for now as no order has been issued.

See also  A father had to choose between saving his wife or his unborn child, a terrible decision!

General Secretary of the United Russia Party, Senator Andrey Turchak, during a visit to the Center of Volunteers established on the Left Bank, tried to reassure citizens at this point. “This certificate is calculated based on the number of people in the family, and you can choose any region of Russia”He promised. “We need to strengthen our information work so people have confidence.”, However, he agreed.

What are Russian intentions? It’s hard to see clearly. The head of the regional occupation, Vladimir Zalto, initially announced the names of four locations as a priority for evacuation, but now all candidates for departure, including Kherson, have been invited. According to him, the objective was to give way to the Russian army, which was busy establishing a defensive line. Sergei Surovykin, the Russian general in charge of operations in Ukraine, had said the Russian military was on its way. “Ensuring safe evacuation of people” In the regional capital, Ukrainian forces continue their counteroffensive.

Kyiv, for its part, accuses Russia of using civilians as human shields. For the Secretary of the Ukrainian National Security and Defense Council, Oleksii DanilovThe Kremlin organizes “Preparation for Mass Deportation of Ukrainian Population” to Russia “To change the ethnic composition of the Occupied Territories”. Russian army “He wants to use the peaceful people of Kherson as human shields”The Ukrainian governor of the region also wrote, Iroslav Inosevich.

“We ask the people of Kherson to ignore these calls from the aggressors.”

Another element to consider: the strategic Khakovka hydroelectric dam. Vladimir Zalto accuses Ukrainian forces of wanting to destroy infrastructure, which could lead to flooding across the region. General Sourovikin Condemns Himar Missile Strikes (US Weapons) Buildup A map of the potential damage has been widely shared on Russian social media, suggesting waves of up to 5 meters could descend on the regional capital within two hours if destroyed. 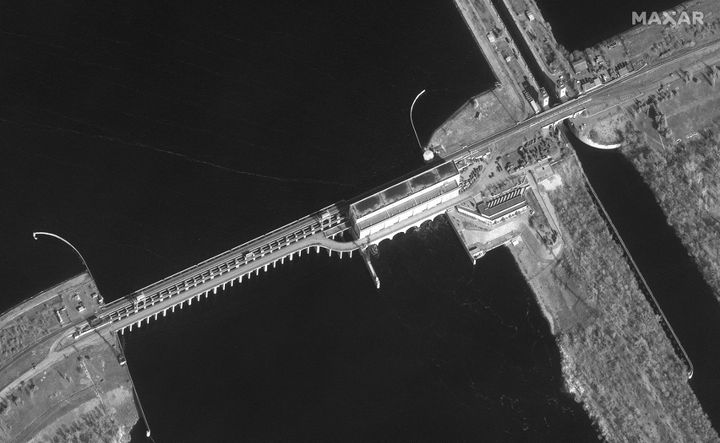 Kyiv responded by destroying the dam themselves and accusing Russian forces of preparing people’s minds before blaming Ukraine. “A breach could mask Russia’s withdrawal on the right bank and prevent or delay the advance of Ukrainian forces across the river”Further analysisInstitute for War Studies (in English). Finally, according to the same experts, this discharge also “Probably aimed at expelling Russian occupation officials and their collaborators”.